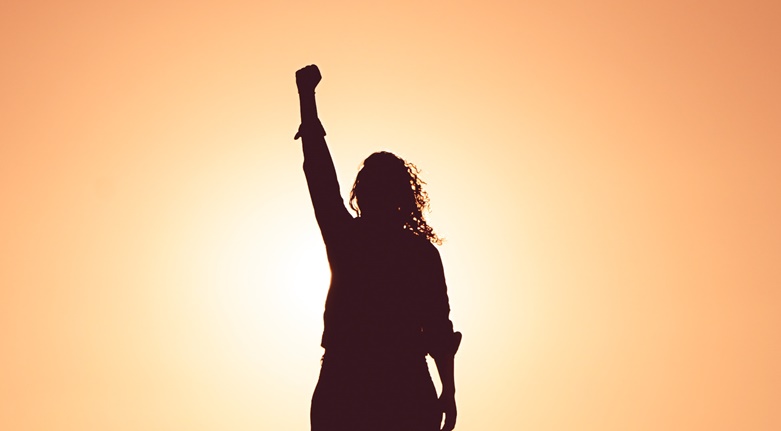 The real heroes are always known only by their narrow surroundings, and in front of the inability of the human soul to discover that supernatural hero, movies have appeared for adults and young to tell us about Superman and Spiderman and Batman.

Should the supernatural hero be perfect?

The most important characteristics of the supernatural hero is absurd, it is a combination between white and black, and between all and part, and between the ambiguous and clear .. This is why he is called a genius .. To be a super hero means to dazzle others,

but here is another question:
How should he dazzle them?

The supernatural hero does not have to be strong, because power, in the words of the monk Montesquieu, leads to the abuse of power, and perhaps to wars and destruction.

The supernatural hero dazzles others with his inner beauty and weakness to show people the beauty that lies in the burning straw .. And perhaps the term “supernatural” comes from here.

My dear reader, let’s forget about these introductions, and enter the core of the subject

Today I want to tell you the story of a heroine of this time .. A heroine from Damascus .. I had loved her one day and maybe I’m still

I do not think so … but I will start:

Many are the heroes in Damascus .. Some of them have died, some are still alive until this moment, and because life is more difficult than death and because the supernatural means to be alive heart and mind as if the functions of his body are playing a musical piece, here are these details:

The smell of death is like the last person coming out of the express train heading to an unknown place.
The car came to transport home furniture because I was forced to move after the residents of the neighborhood entered into a fit of rage in the spiral of war .. And although everyone is the friend of everyone in the neighborhood, they have all became enemies at the same time ..

Displacement and the scourge of war brought us together, Our fate was similar in displacement, And perhaps we were displaced in order to meet … and to stand against the war in our way .. And after I lost my faith in love, she came. so that love brings us together.

It was the first meeting that changed the meaning of my life ..

And I knew the meaning of being miraculous, in the country of war and jasmine ..

Because she is ambitious and I have learned ambition. ..

And because she is faithful, she helped me write a book for a legal material, I will tell you its story soon ..

And because she is special, she has won everyone’s love ..

Despite the painful scene in Syria, her faith in God was secular.

And so that year I recovered my seat in the universe and I was very happy ..

In the midst of the war she was able to study and succeed at high rates, win academic competitions and earn diplomas.

And because she is a superhero .. I loved what she liked

Everyone began talking about our love, especially my mother who was martyred, who before her martyrdom had prepared a wedding dress for my wedding, but my mother did not attend the wedding, and did not wear the dress ..

Even then, the tailor gave us back what my mother paid for the dress out of morality

The super heroine was with me when the tailor in old Damascus told me about my mother’s passion waiting for my wedding to the heroine..

and she cried with me for all this pain …

To be miraculous means to be a human, and so she is

And on the rhythm of her favorite music, she studied. and helped me to study for the exam, and managed to be creative in various areas ..

To be miraculous means to do it all.

And the love between us reached its peak. ..

But … because life is crazy sometime, the unpredictable happened

I was in Beirut for the third year of law school when I got the call that changed everything and destroyed everything ..

I started shouting like crazy .. The pain was real .. and painful

She was the first person I called, crying. .

And because she was miraculous as usual, she tried to understand me and accommodate the situation.

I left my future and exams and rushed to Damascus to attend the funeral. .

Thank God, I did not see her dead body and the last scene I remember her in is before my travels, when she prepared my coffee and said goodbye to me.

And because the heroine of the story is miraculous, she vowed to comfort me and absorbed all my anger and sadness until she lost her energy and beauty.

And because my mother was dreaming of seeing me as a lawyer, I became so.

I went to Beirut two days later to present my last exam, accompanied by the book she prepared to me, which I told you about in the first chapter.

The paperss were full of study information and sweet expressions of love.

To be a hero means to help your partner excel,

I got almost a complete mark then.

The sadness was too great to resist and endure, until I became a cruel man.

All I did inadvertently was to tarnish the love with the superhero.

To be miraculous means to forgive your lover for his violent mistakes, the mistakes e makes inadvertently.

And she forgave me every moment. . But I had lots of mistakes.

Doesn’t the hero give up?

In order for the supernatural hero to be realistic and real, he should surrender In the face of pain and cruelty,

the superhero surrendered despite hers strong resistance …

And the date of departure came. ….

Chapter Four and the last – the end of the story

2016 Until this moment (eight years of the Syrian war)

The separation continued and the superhero was still trying to rise,

She turned all her pain into beauty and creativity until she became a secret of Damascus.

To be miraculous means to translate pain and emptiness, and this is what our super hero did…

And because the letters are immortalized in history, here I am telling you a quick story of apology and love

And the beautiful thing is that the readers are from a very far away country ..

Do you accept my apology?

When we love, we must try to please the other, and so I pledge to you dear reader to stay forever far from th hero

My superhero will remain miraculous.

And so, I wish you, dear reader, to send greetings to our hero in the way you want ..

And drink her toast with the drink you prefer.

Half the courage is admitting

Is an apology and leaving forever

And here I go

And the war continues ….