War as a marginal detail 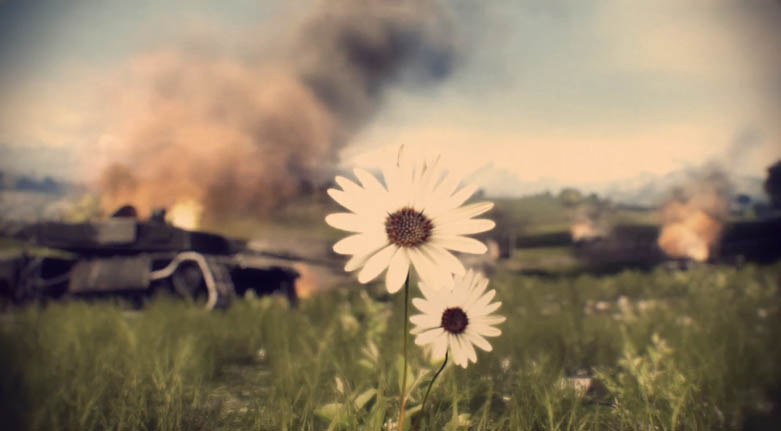 Today passes with the same routine since I was born, only the faces add something new that I can mention; before, I was a child that passersby looked at wondering what species was this creature. I am the same person today, with more baldness, and a beard that suggests time is eating my strange face.

Gathering sticks and tossing them in a stream made by the drops of rain may not mean much to everybody, just like the tales we tell in our nights, our texts, and the crossroads of streets that have been swept away by the stream, just like both the childhood and the ugly face have been swept away with the first hidden kiss, or let’s say a kiss that tasted like getting rid of so many chains restraining you.

You did not listen well to those who passed before you, you never knew which of the passing years have aged your sorrow, brewing it like it’s the only drink to break this barrier of this loneliness of yours.

Will without deed will not gain you anything, you will only enjoy thinking about what you should do. I honestly do not think, I am not good at doing these things, and I also do not think I am that dashing; I fear first steps, but I do not think the road waits for anybody.

There are ideas that force everyone to stay in a shell and in silence. The involuntary moves of humans generally do not count, like your eyes tearing in a purely poetic situation, or like smiling because someone has passed you by with all their lightness, all this nonsense doesn’t count in what is between us, at least between us and ourselves, sadness is an involuntary move of the heart, even if you open all the doors of joy, the shadow of sadness will be consistent in everything you do, where there is no escape from the holdings of the heart, such as the voice of Nadhem Al Ghazali, or the harshness of Nour Al Huda’s singing, or the receding of the entirety of the universe in the voice of Salima Murad. There is no escape from such things, like a bullet made to you by destiny, leaving you scarred with a silently dancing heart. There is no point in thinking about this, drink it as it is or recede like a fearsome step so that those who are good at walking the roads could step over you.

Those who are good at weeping, the wailers of time, those soaking in the dirt of tears, spreading it there and here, every time separation and goodbyes have come closer near the windows or the doors of rust.

Those knocking on the very same doors, rolling in the coldness of the days and stumbling at their first sins, those who lost the appetite to talk before the shivering of love, or one kiss further, or one slap further.

To her who knits the wool dress, and then tears it apart every other hour, to her who looks for the light from a hole-less sieve, to her who holds on to piles of undiscovered galaxies in her hand.

To them, to me, to you who scroll through your songs quickly, afraid of sorrow, afraid of tears, and afraid of fear as you watch the other life from the hole-less sieve, where there is no room for tears. It is as if you were to extract the eyes so that they would rust quickly, and you learn all of this to learn how to weep what has gone, while you swallow the dirt, whether tears or blood, it doesn’t matter, all of this will swallow you, even if after a while.

To a swing hanging in the house of my grandpa, a pot of basil in front of our house, a jar in my father’s shop, from which everybody drank and it hasn’t ever broken, like age as it came, and like my father’s age when he bid us well.

To the stars on which I hung my hopes to be someone of importance, it passed near the Euphrates and landed in the heart, with all the details of Japanese tales and characters that cannot be seen metaphorically, only with the heart.

To the girl that hasn’t disappointed my loneliness, caring about the mornings and the time until time itself has become intimate, until it became closer than anything those cursed with memory and sadness can never comprehend.

To the friend living in his isolation, holding the ends of his laugh like the wool hooks of my grandmother, knitting his stories like those who perfect telling fears and killing them. To him alone when all of this goes crazy, and he doesn’t crack down.

To jars of the damn exile, to the country that looks like us no more, to those hesitating whether to return or to run away, to those lost under the stabs of weeping and wailing, to those who went away, the first and the last of them, to the bullets of joy we hear about but never see coming, to the bullets of a gun that have never hit me, to a mortar shell that has not made me a broken jar, leaving the shreds of those who left me stable in my heart.

To the jars that were never broken, in the beginning of my time, and in what is left of it. Let us drink for my loneliness, let us drink for the curse I love.

For other words we can mention in the beginning of our time, of love, and of what we can call an attempt to make war a marginal detail to live without, even if we were to live by its very close side.