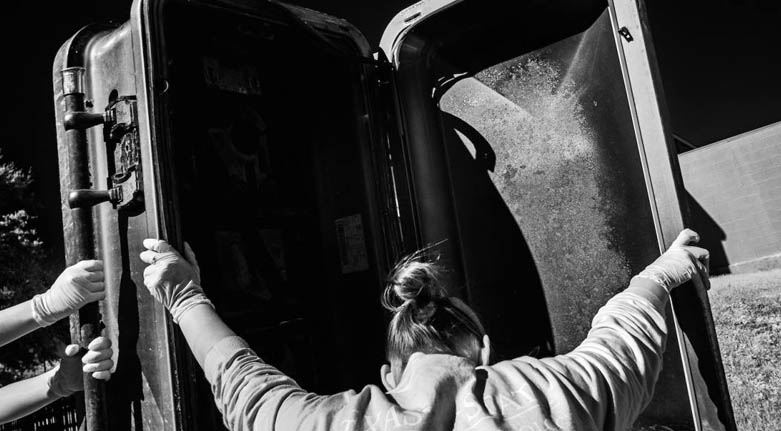 At this very moment, the complaints employee the electric power company hangs up, somebody steals a copper cable, and the lights at some house go out leaving some man to kiss some woman. Oil drips making the sound of a tick.. tick.. tick.. Slowly going down the fire place, and definitely, someone now has decided to throw themselves from a tenth floor, or maybe just shoot themselves in the head, while my mother slowly stirs the lentil soup on the fireplace.

I stand at a specific point, thinking of what the line drawn between our two points on a map actually looks like. I talk to you, one time telepathically, and another with a loud voice; “Step forward. No, no, go back a little,

Your face isn’t facing east. You have to turn..

Here, we drew a straight line between the two of us.”

You and I are two points on one straightness in the vast planet, standing like two children who placed a paper boat in a bathtub, blowing it each other’s ways, only to cheat a little later and push it with our fingers, it is the game of distance that has turned into an addiction I have to defeat or it would otherwise kill me. It is revived every day, and the more parts of it I solve, the more parts of it surface to light. My boat is slow, it’s barely holding up while you place your chin in your hands on the other bank, helpless when it comes to helping me.

The city here doesn’t look like a bride in a wedding dress as they mumble whenever snow falls down, and if did, then its groom has gotten cold feet at the last moment, and left it to be a widow of a wedding, a crushed lover. I’m only wondering about the large number of people in the bus, the university, gas distribution points, bread or human aid distribution points… Enormous amounts of people were killed or just fled the war; where did all these people come from?

I am serious in saying this…

Hold on a moment while I take off my wool gloves… They are annoying.

It is really funny, that an insane girl is talking to you so she could talk to herself, that she would go out in the freezing cold, covered in wool so she could in the snow, pacing up as if she was running away from something. It is funny that the virtual world is our glass ball, we sit before it like the enchanters, as well as like the enchanted, watching the people as if they were behind the steam of a boiling pot, gelatinous, foggy, then we leave their faces and features fuse with their voices, laughs, and screams, so that all of that would become no more than humming well stirred in some pot, setting us free to detail the features of one single person, to clear away all the fog surrounding his one face.

What is the annoying irony that life throws at me over and over again, main me while in complete harmony, full clarity, start crying… I cry and I feel sorrow as if misery has taken over my heart and started tearing it apart, how can it be that we are not together? We only know that we were tied to different ends of a single thread, then geography threw our ends apart…

At this very moment, a truck slides on the highway, the “Milo” cart man puts loads of sugar in one of his cups as he watches the homeless people spreading around, the snow doesn’t make the sound “Tick.. Tick.. Tick..”, and I don’t throw myself down from any floor, I only think of all the socks that got holes in them, all the plates that went broken, all the kisses and hugs and thefts that are happening right now, at this very moment.

I was dead back then, I don’t know how they wake me up, but barbarian tribes were dancing on the beach, they shook their anklets besides my head, growing solely from the sands, while my body was planted in the blonde sands dry, lonely, and warm. I asked them to kill me again, but they danced and lit a fire, they celebrated life, so I left away, taking with me my hatred for sands, fire, and anklets.

I wish it was not that easy for me, to sneak from death to life like this, to rub my skin against the rocks like a python so that my old age would slough away from me. I wish it was harder, so I could stay in the dead for a little while longer.
Marwa Melhem