About Adam and empted serotonin storage 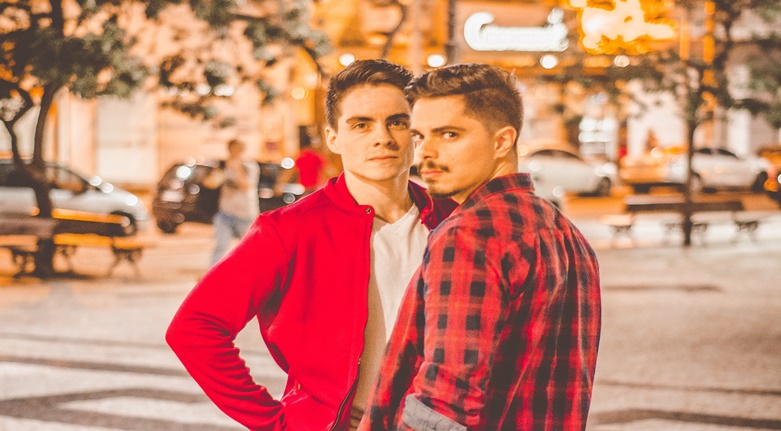 It’s a mistake. Being here is a mistake. There is no space, it is so hot, the used air presses on my lungs. I can smell him, even though he is standing on the other side of the room. How could it get to this point? How could I let it go to how it was back then?

The flickering lightbulb makes his lashes throw shadows on his cheeks. He tilts his head back and laughs. The music is so loud that the floor is vibrating, but I don’t need to hear the sound of this well known noise to know how it feels. It hurts so much when my heart is beating so fast. No one ever warned me how inevitable this pain is. How it takes over your thinking and suddenly everything proceeds in the same beat.
It feels like this shimmering heat has been there since I took my first breath. As if it is the most normal thing in the world to be standing here, in between the lonely dancing mob, lonely, when I look into his eyes. Lonely, lonely with the knowledge that sometimes almost kills me. But it is not the loneliness I am tempering with today, it is my immeasurable stupidity. How the hell did I let them talk me into joining them? I have clear rules since that one night in February. I never wrote them down because I didn’t want to leave evidence, but they are burnt into my memory. Never drink more than one glass when there is the possibility that you could find yourself alone with him in the darkness. Never drink more than a few sips. Laugh, when everyone else is laughing. Turn away when he laughs and never do it when he is looking directly into your eyes. I never understood how it is so much harder at night than in the daylight.

The world bends into an unnatural angle and I can feel how the painful pounding slows down. Clack, clack, clack. It starts in my forehead and creeps down to my face, the shoulders, along my chest. Always deeper, always faster. A little bit like caffeine. A little bit like being drunk for the first time. Or the first time with real butterflies. But my sight is sharp and I don’t feel dizzy. It’s like a warm soothing blanket is put around me and in the next second there is so much beauty, so much happiness and energy and blazing light, that I start running. Straight onto him, even though the constantly fading voices desperately try to stop me from doing so. It barely takes the twenty seconds to cross the dance floor, until it completely falls silent. I thought it would come subtle, but this is a clean break. No sorrow, no doubts and nothing of that panic, that has become my daily companion. You shouldn’t touch your wound if you want it to heal. I don’t only touch it, I throw liters of salt into it. Find what you love and let it kill you – this is more precise. I don’t even stumble anymore over that dangerous word, I only notice that I have started laughing. It can be so easy. It is amazingly calm in here, even though I know that in that other world the electronic beats make the walls tremble.

He grabs my shoulders when he finds me in front of him and smiles at me.

There is nothing I don’t feel, I want to shout to him. I am staring at his lips and it is alright. Tonight everything is alright. Why did I worry so much? This doesn’t go out of control, it’s not like alcohol, they told me that. It’s pure euphoria, mixed with the feeling that I can do everything. Who needs rules? Who needs a memory?

I let him drag me outside, onto the hill, as we had planned it. For some time now I have no idea where the others are. The night air is inside me, the summer makes the sky gleam. I’ve never seen clouds so red.

“Everything is here”, he says and his face is so close that I can see all the possibilities, everything that could happen in this universe. Or in the next one. “We knew how it would be, but feeling it so differently, feeling it on our owns, right?”

I don’t need to answer, he can see in my eyes that the night has never been so bright. Without pain there is no heartbeat. I reach out and put my hand on his chest. Slowly, real slowly. It has never been easier because I see myself, as if I have left my body and I am seeing us from above. I know what I will do only seconds before it happens. I see how our legs are bent in the damp grass, how our chests raise and lower, as if we are one.

It feels so arbitrary lying next to him without pain, so pettily normal. Maybe the absence of pain is not happiness. Maybe it is numbness.

How is it possible that I can feel his body next to mine, that we are alone and I can bear it?

He moves my hand away and puts his arms around me and then I know I was wrong. It’s not numbness which replaces the pain.

We are not lying anymore, we are running hand in hand. I think we are in the forest but I can’t be sure. Only the gleaming of the sky is not visible anymore, instead his fingers, that are intervened with mine, are gleaming. After a few meters we always stop to catch our breath and hug each other automatically. Before we keep running I tell him little by little what is trapped inside me since that night. I know now, it was crazy to ever believe that it could be buried inside me. One sentence and it breaks out of me like lava out of a volcanic rock in shimmering silence. In the most violent destruction, there is still a hint of gruesome beauty.

I can’t stop thinking of your body. Of the delicate hair on your neck that raise when it rains. I know, I should be thinking of Mia. Or any other girl. I know, I know it, this is not normal. I know that we have known each other since kindergarten. I swear, it hasn’t always been like this.

Every time when he hears my voice crack he pushes me away with force, only to take my hand moments later and pull me through the thicket. I’m almost sure now that we are in the forest. We trip, he more often than I do, and we fall down and every now and then, raise again, pull each other up again on the weight of the standing one. Never we are on the ground at the same time, never hope vanishes completely from our side.

When everything has escaped me and I don’t feel anything but euphoric emptiness, he starts to talk. I need some time to realize that he has come to a halt and my face lies buried in his shoulder. Time is fluid and it flows faster away than I can think. I can’t feel the sting anymore that overcomes me when I see him. Maybe I always should be close to him to dismiss the misery. But maybe I should never get close to him without amphetamine. I can feel his hands in my hair, his raising heart against mine. It thunders so hard against my ribs that it almost could be pain.

He didn’t suppress the thought at that party back then, I hear him say. He has always felt that my behavior towards him was different but he didn’t want to think that something about our friendship could change. After all, I am the most important person in his life and he was scared to death to admit to himself that it could slip away from him.

I am so happy.

Why are you crying then?

I feel the hot fluid running down my cheeks as he puts his hands on my face. It is pitch-dark but I can see every detail. The black of his pupils has swallowed the green.

About four hours, they told us, then it slowly wears off. Tomorrow you will feel like you are in a month-long depression. You can’t spend all of your happiness in one night, without paying the bill for it. But hey, it’s worth it, don’t worry about it.

Let’s go, I hear me say. Let’s raise the ante. Let’s die, here it would be nice.

I hear the noises coming out of us, without understanding what is happening. It sounds like he would leave the person behind him. I have to shake him to bring him to reason. We are in paradise, nothing has to hurt, nothing has to worry him. We don’t have much left, why is he wasting it?

When we are not talking about the future, he asks me, when we are only living the moment, do you want me to follow you into the darkness?

When he falls down this time I am not prepared. We fall into nothing and I know it should hurt but it doesn’t. Not yet, a voice is whispering in my head.

I knew that you would leave me one day, he utters. I knew it, it can’t be always so perfect. He claws his nails into my naked skin and now I wish I could feel it.

I don’t care, I say, but I can’t stay calm anymore, so I scream it off my soul, yell it into his face with everything that I have. I don’t care that it’s not like this for you like, let’s just be here and feel everything and never stop.

He lunges at me, starts hitting me as if he wanted to still my demand for pain. When I stand completely still I can hear the rushing of my blood in my ears in the distance.

Now he is crying so hard that I can barely understand what he is saying and I realize that the stuff must have a different effect than it has on me.

I want to shut him up, he should stop it, this is the only fucking moment where it doesn’t have to be as always. But he doesn’t give me a chance to fight back. He hits me until the first sunbeams strike us through the trees and bring back the sensations into my body.

And when I start sobbing even harder than him, he kisses me.