Asphalt in our neighborhood 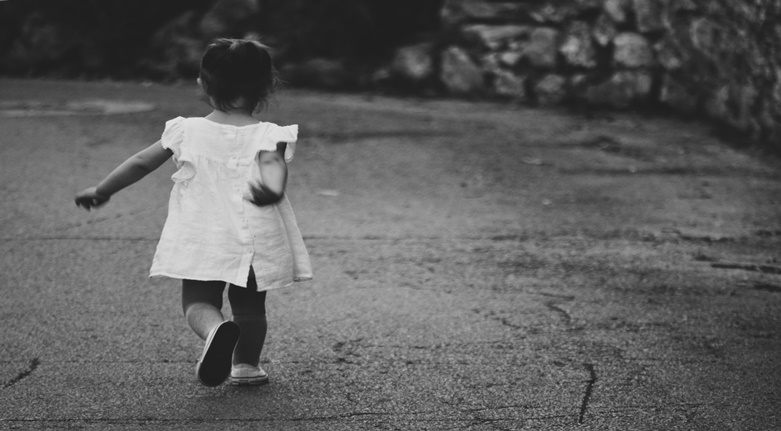 On that fateful day we had to cut our feet. Or at least so we thought, as we looked at the warm black paste that began to stretch out over our dusty playground, over the memory of the days we spent on this dust. The wagon that spreads along the way, the hot stones of the blackness, tarring our playing road, our first plant.

We were rarely out to play because of the endless clay, in winter it was the rain, and in summer it was the laundry and cleaning. We spread our loneliness  in the rooms of the whole family. We slept and the sadness of the heart is stronger than the weight of our mattress. We were like fingers that cannot be opened, chips in a dish that spins on a table that’s not for hungry people like us, and often ended in garbage.

A dozen of children in every house, no one stops giving birth, counting starts from the oldest, and ends only when mothers become grandmothers. They put henna on the white hair, the white heart, Henna at the hands of everyone, like an asphalt spread in a day from hell, we were forced to cut our legs, and sit with silence and astonished eyes.

The children of Hilali, and I do not know why they called him so, the only ones who can play on the asphalt with all its heat. Najwa runs and Omar and Mazen tumble above black with bare feet, rolling like a roller coaster that settles the asphalt hills. Black carpets, making rotational movements like leaves of tobacco driven by the wind.

We did not know that this black rug was a necessity of life to raise, all we thought of was the cats, the birds and chicks that we have made graves for here, mini tombs for everything, taken by the blackness, the dreaded asphalt.

The Hilali children were like green peas, indistinguishable from each other and we were like an ugly neighborhood gang trying to impose our dominion on the new arrivals. I do not remember when we saw Hilali and his family arriving to the neighborhood. I do not know if they were there before. But my memory of their presence, when one of us tried to force the three on a dirty challenge, to drink from the dirty pool, I remember that Najwa hit him and hit him, without anyone of us daring to approach them. She put his head in the pool and forced him to drink. That was the last time we came near them by a distance equaling the rain pool, the distance of the Najwa’s curse.

When we began to grow up and the eyes watched from its loneliness of how the children of Hilali only grow up, we did not look at the mirrors, we did not see our distortions growing. The car that began to fill with the lives and details of the family we hated, was then salvation to us.

The sound of the car alarm when it started, awakened us all. The windows of the neighborhood became faces, watching the departure of their neighbors. Any look will mean nothing without a farewell note. I never understood why we hated the Hilali family. They were hated by everyone, the hate was inherited.

The car passed in front of my house above the asphalt that stole our childhood. The asphalt of Hilali’s departure was the last I saw, the three looks from the back glass of the car towards the asphalt and the house, with no tears.

When everyone came out, and we became the owners of the asphalt and its blackness, everything was cold. We were shocked by the coldness of the land, which our parents described it to us as a picture of hell. When we went down to it, we felt that the place, when emptied from children of Hilali, became cold. This blackness hadn’t a role in this, our fear of leaving, our fear of becoming a picture of three children in the back of a car running on the playing asphalt.

Ten years have passed since the departure of the Hilali family and five layers of asphalt. Our feet are still cut, because of the lack of honesty and the lack of love. I was buried alone in every family layer leaving the neighborhood. Looking at them from the window of my room. Where everything is available except the step, everything but my feet buried in a distant asphalt layer. Perhaps it’s the fate from God, or the fear of the children of Hilali, and everyone.