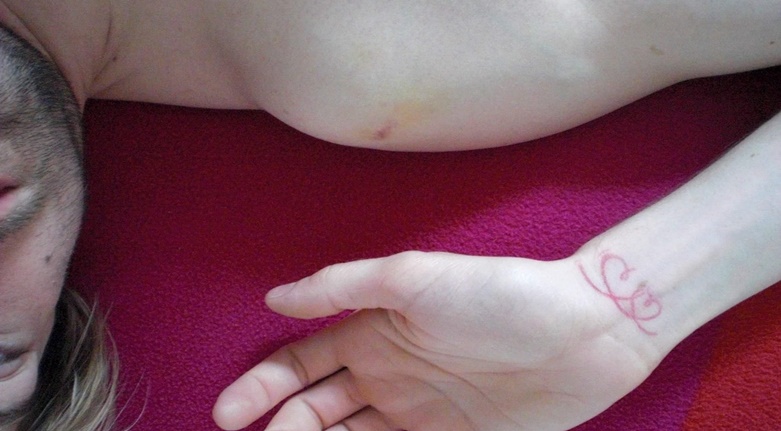 I had hospitalized myself, because I knew I couldn’t go on like that. Everything felt shifted and drifted, like a walk on stitching moss or like touching the sea and feeling fire. Surely, there were many years waiting for me but did I want to spend them like this? Was I even alive or how could you define this thing we walk through naturally, while we unlearn it step by step.

I learned in my early years how to throw a ball in a basket and even though I had that hindering defect of vision, I hit it often without even looking at the basket. Similarly, it went with billiard: When I was 18 years old, I stood at the table for the first time. It didn’t feel good and the white ball didn’t do what it was supposed to. Some years later, I played that game with devotion and passion. I only played badly when I took too much time. I couldn’t hit the basket and the balls on the table didn’t hit the spots I aimed for. When I took too much time, the voices of doubt talked to me and their whispering is the loudest and deepest sound I can imagine. To be honest, I have the same issue with writing, but I’m not fast enough to catch all my thoughts, when they start to flow. I just write and hope to gather most of them. When I’m in my element no voice and no person can stop me. It doesn’t take a cigarette, a drink, a drug: I am already high.

But these moments have become rare. The practice has become less. I don’t feel euphoria that often. That’s why I’ve hospitalized myself. The doctor looked at me over his glasses, which sat on the tip of his nose. He looked puzzled and shook his head. He saw my tears and he wanted to assign me a form of depressions, because he didn’t understand me. He didn’t understand my wish of deprivation from the daily work life. He probably thought that I was crazy, because he couldn’t image that outside of these 5×8 walls was a life waiting; he was imprisoned as I was. Prisoners hold each other and pull each other back. Maybe because of their fear of staying back alone or because of their fear of freedom because it is impossible to catch and holds dangers. As I understood his intentions, I got up and left.