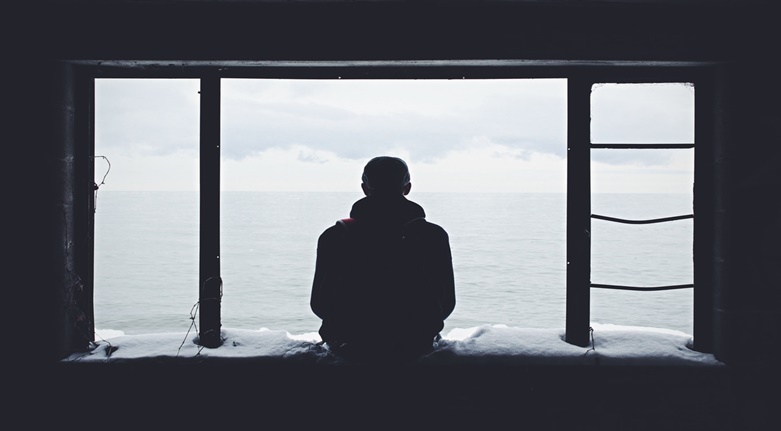 My name is Sadri, I am Muslim and I love war.
Even death I would put up with for a victory,
for the title of a martyr, it is worth it.
To fight in a battle to find out what I am made of
even with the last of my strength.

You look at me with this stern look,
you think, what is he talking about,
before you judge, please hold on!

Did my God ever command an offensive war?
Has he allowed to part families and nations?
To hold on to bloodlust even when blood is reaching up to your knees?

Maybe someone misunderstood,
or on purpose reinterpreted – and we didn’t object.

Now they kill people who seem to pray to the same god,
and fear doesn’t fade because of all the murderous attacks.

Shiites and Sunnis are fighting against each other, Islam is spread in thousand directions and schools, does no one look at the book?
Then they would know that there is no separation.

And these are only two of many, and still they exist, the parties
that part our society.

The war that I love is another war, more noble, more precious, more…
common.
The war that I mean makes everyday life and all those murderers a tiny little bit
more bearable.

I’m not talking about the war of Uyghurs in East-Turkistan or the resistance of Chechnya,
not the wars in Turkmenistan, the bombing of Syria or the war in Colombia,
not even the war in Ukraine, is the war that I mean,
the war I am going to describe now, you normally fight all alone.

The war against yourself, it riots and rages,
my heart is a battlefield, that threatens to burst.

The nature of us humans, in everyone something good,
the will to do what is right and good, with all our strength.

It is war, not to lose this consistency,
to feel the unity, to rain in peace,
to conquer myself and to control,
to polish my dirty soul.

This war is known to everyone.

The war that we fight, we, who have lost everything, except our fighting spirit.
The war that determines the lives of those people we push away,

the lives of people who have suffered their seventeenthausandtwohundredfiftieth loss
and now stand up again,
because they know that they don’t have a choice, that’s why they are willing to try again,
until they bite the dust.

The war of people who at sunrise dedicate themselves and show remorse,
who did the same mistake and with hope swear again, wait and
keep silent.

The war of children to at least once look into the mirror with love
when the other ones in school spit filth and fire,

And say that you are too fat, too thin, too big, too small, too black, too white,
the people who know how to compensate missing talent with hard work and diligence.

The war of our parents who worked madly and tirelessly,
so that we, their kids, have a better life,
and are able to change something, carry on their flame.

In their gardens are flowing rivers of wine, milk and honey and are growing red roses,
these wars are fought by the depressives, the outcasts and the hopeless,
the homeless and the workless,

The war of women, against the unrealistic expectations of our society, our time,
how heroic and graceful they are when they free themselves from the fetters,
and not force themselves to be
as on the advertising bill
of industries that advise against naturalness.

The war that we fight against that part inside us that lies, steals and murders,
to do the right, even when everyone around prescribes something else.

To climb mountains and not brag about it,
to discourage against doing bad and advise to do good.

Steady and feisty fight against the dreads of everyday and even when fears and
weaknesses pile up in front us like monsters,
higher and higher,

To shout I am the storm!
My fears are strong, but my God is stronger.