What does the future mean to me 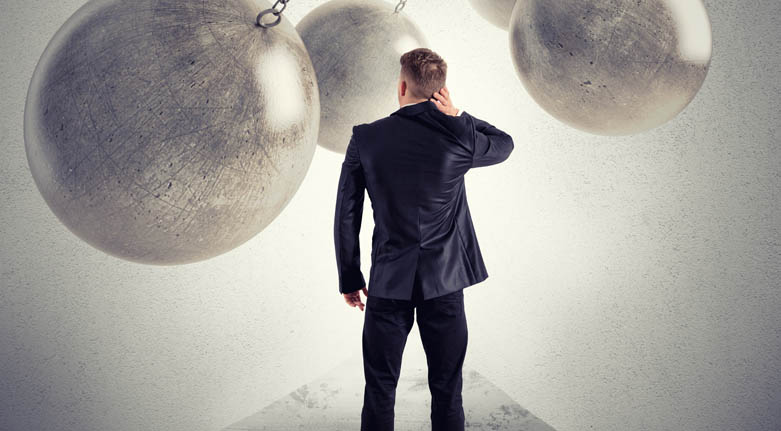 Asking about the future is somehow strange for me, I’ve lived my entire life focusing on the moment, finding no point in waiting, suspense, or thinking about a changing future over which I have no control. A logic of destiny is the only thing tying me to it, and it’s a very thin thread that’s still tying me to the traditional idea of believing in its wider concept.

When I think about the future, the present is almost done, for example, when an era is done, or close to being done, I start thinking about the next step; when my college years were almost done, I asked myself what did I want to do now or soon, and thus I concluded I wanted to go on with my master’s studies… I don’t lie to myself one bit, and that’s why my life is in so much harmony and without any great surprises. Even my moving to Lebanon was possible before the crisis in Syria has ever begun, for nothing but because I wanted to go on with my master’s studies if I didn’t get my admission in Damascus… I only deal with reality, and I don’t let myself become busy with anything else. As a matter of fact, when I plan for something, I greatly fail, and unexpected surprises occur changing the path of what I have planned. Planning is what thinking about the future means to me.

Five years ago, well, honestly, I don’t remember how I thought of myself back then. Of course I did not see the war coming, but the strange thing is that I have always wanted to live a war like Ernest Hemingway did. I always said that great literary figures are born in such great circumstances such as Love and War. The latter was – unfortunately – achieved. I learned to be careful with what I wish as days have passed, because wishes come true in the future faster that we’d usually expect.

I think that every step we make lead to our future that we don’t know. Destiny is a key here, as it is the furthest planner of everything, but not following the traditional method of gods. I see it more like a human being stops before different options from which he chooses in his present, each leading to the next checkpoint he’s supposed to reach, but with a different manner. I don’t know if that was evident or not, what I mean is that the manner differs with every choice, but the result is one; the result might be a broken bone or a death, the manner might be a fall on the stairs of a fancy mansion, or a stumble over a stone in an isolated despairing field. This way, the present looks more stable as destiny has no saying over it, only I control it, and nobody else, hence comes its special value.

My fears are represented mostly about present itself, as it is a phase of life and future as well, with this division, I’m afraid my future would last for long when it is a bad one, for example, I now fear staying in Lebanon for the rest of my life, turning Lebanon into my present forever.

When my younger brother was born, I started worrying over him and over my future. For example I want him to get proper education, and I don’t want the war to affect him, but that shrunk over the days. I started thinking about how he has the right to live without me worrying about his future, I’d rather deal with him as a present as well; to be there for him at every moment that counts for him, that’s better than preparing for a potential future that could change at any reckless moment of the chaos of destiny.

I am not afraid of dying, I rather believe a human being is born upside down; we are born with our age pre-determined, 70 years for example, with a ghostly timer hanging down from our necks, counting down in an upsetting pattern, thus I don’t fear it, and I don’t fear being in danger as long as it doesn’t kill me. This might be a great risk to take, as reaching death differs in accordance with the choice I make at the present moment.

Loss is also a big word with a size I’m not familiar with as well. The most futuristic moment I think about is the next week and that’s it. I don’t care anymore, or maybe I have never cared about who I’ll lose within a week, as that doesn’t seem very plausible the moment I think about it, and it’s a scary thing when it happens. I think it forms some sort of a gap between the present and the future somehow; in the moments of everlasting loss for example, you can predict the future, but unfortunately, one is almost always taken away with their feeling toward predicting the past at such times.

Lately I’ve started hating this situation of mine, maybe because the present has turned into a future somehow. I don’t have control over the details of my life anymore, I worry too much about my instable present as it doesn’t look comfortable nor promising, and when thinking about the future nowadays, I hit into a darkness of a different kind, far from the darkness of the indifference, and I tend to call it pessimism; something that crosses roads with my rejection to knowing the future, leaving it to be a mysterious puzzle that shouldn’t be dived into so that it wouldn’t lose its special value.